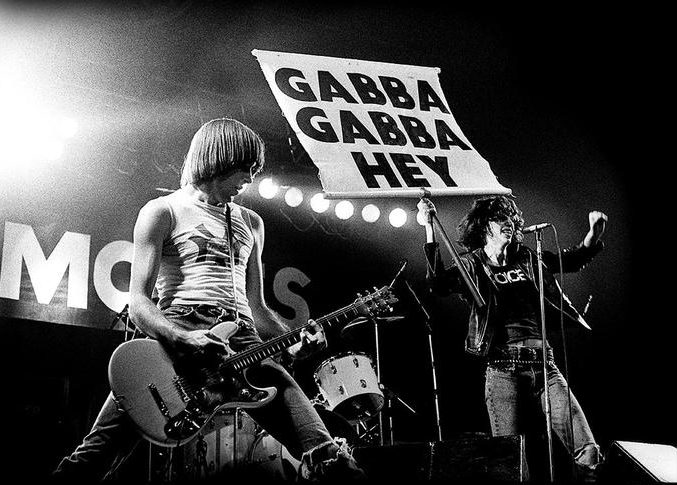 Formed in 1974, the Ramones were one of the quintessential punk bands. Fast, loud, and in your face, they captured the anger and ennui of a generation.  Teenagers for decades have identified with the themes in their quick, sparse lyrics and driving music. Ramones wrote anthems for the disaffected. We want fiction that reflects that.

What we're looking for:

Pick a song title (seriously, the Ramones have 13 studio albums of original material to pick from). Use the song as an outline or use it as the theme of the story. Make sure there is some kind of connection to the original song. Lots of people want to write "Somebody Put Something in My Drink". What can you do with "I Just Want to Have Something to Do" or "Rockaway Beach?"

Keep it punk and keep it stripped down: 2k to 4k words only. Preference is for clean narratives. This is punk storytelling. Don't over intellectualize it.

We're not looking for stories that specifically feature the Ramones and they don't have to be set in the '70s or '80s either.

Send all submissions to ramones@fahrenheit-press.com as either .doc, .docx, or .rtf.

Don't worry about formatting, but make it easy to read. No weird fonts.

What you get if we pick up your story:

2021 marks the 25th anniversary of the last Ramones concert, and we thought it would be a fun way to honor the band. That and one of the editors idly posted the idea on twitter which was a colossal mistake in hindsight.

Matthew X. Gomez is an indie writer and editor whose work has appeared in SWITCHBLADE, PULP MODERN, and ECONOCLASH REVIEW. He was co-editor of the New Pulp rag Broadswords and Blasters from 2017 to 2020. His first concert was a Ramones show.

Chris McVeigh is the founder & publisher of Fahrenheit Press. He watched The Ramones play live more than 50 times, the way he remembers it each gig was shorter than the one before.

Anthony Neil Smith has no idea what he's doing here, except Matt managed to make a coercive argument for the antho.