Fahrenzine is a new adventure in publishing brought to you exclusively by Fahrenheit Press.

Each issue features a single short story from one of the most exciting crime fiction talents in the world and is strictly limited to only 100 hand-numbered copies.

In 2020 we released 8 issues and every one of them sold out in the blink of an eye - the only place you can find them now is on eBay.

THE LYING WITCH IN THE WARDROBE is a short-story featuring Kirby Baxter, the hero of Duncan’s forthcoming new novel DROP THE MIKES (which is the 3rd book in the Kirby Baxter series). 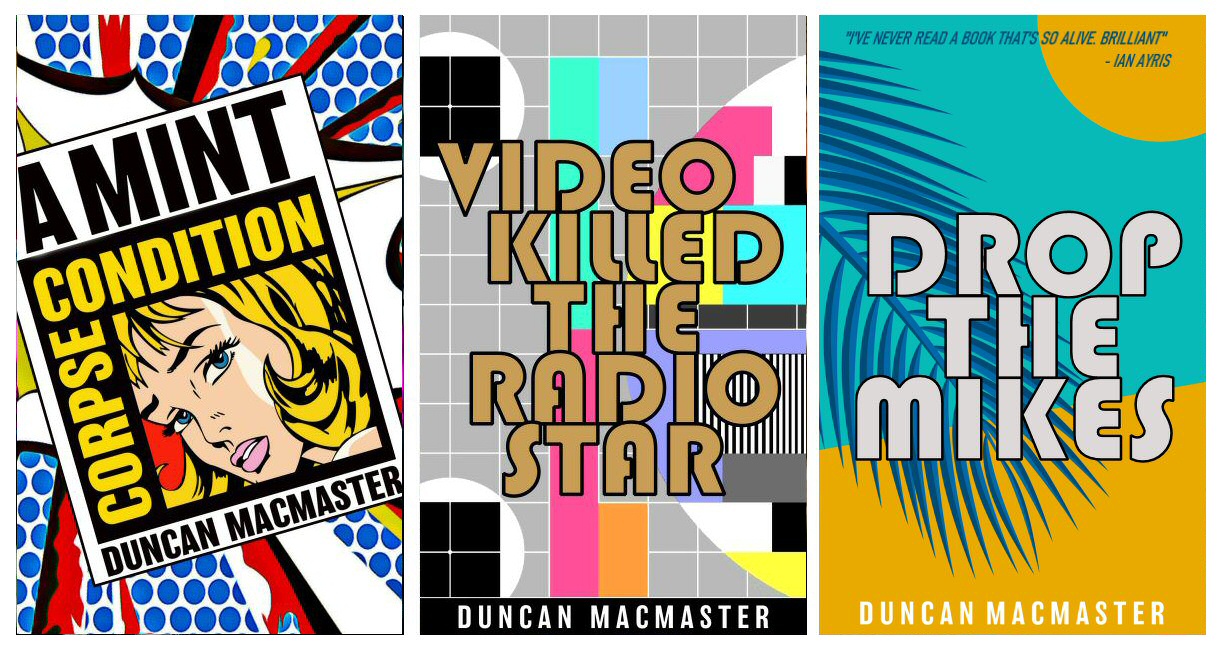 If you’ve never read any of Kirby Baxter’s adventures  we guarantee this issue of Fahrenzine will send you scurrying to catch up before the new book is published.

Duncan has been a mainstay of Fahrenheit from the very beginning. Not only is he adored by readers around the world he's also the object of much fan-worship (and not a little envy) from his fellow Fahrenheit authors who regularly vote him their favourite Fahrenheit writer.

Here’s just some of things people have to say about him.

“Great characterisations with a mysterious, almost Conan Doyle-style ability to pick out the telling detail amidst the obvious, and obviously set-up, red herrings. Entertaining and very well written.”

“A crazy mix of Scooby Doo, Sherlock Holmes, Lord Peter Wimsey, Jeeves and Wooster, Spike Milligan and a million other elements, all told in a Chandler-esque wise-cracking style. But at the heart of it, at the very heart of it, is an utterly brilliant murder mystery.”

“Duncan MacMaster is a great artist and a great storyteller, he deftly switches scenes as the story develops, changing the mood for you as he moves between characters. At some points, I swear I could hear the ‘music of doom’ playing in my head as the scenes switched to focus on some of the villains.”

“MacMaster's clever, twisty, wry whodunnit (and howdunnit) is fresh, smart, campy and incredibly fun. Kirby Baxter is an adorably unconventional hero, a nerd whose super senses register disturbances much too subtle for ordinary people to notice.”

Remember as with all the Fahrenzines, only the 100 people who buy this will ever get to read this story - we anticipate people will be fighting to get their hands on this one so don't hang about.